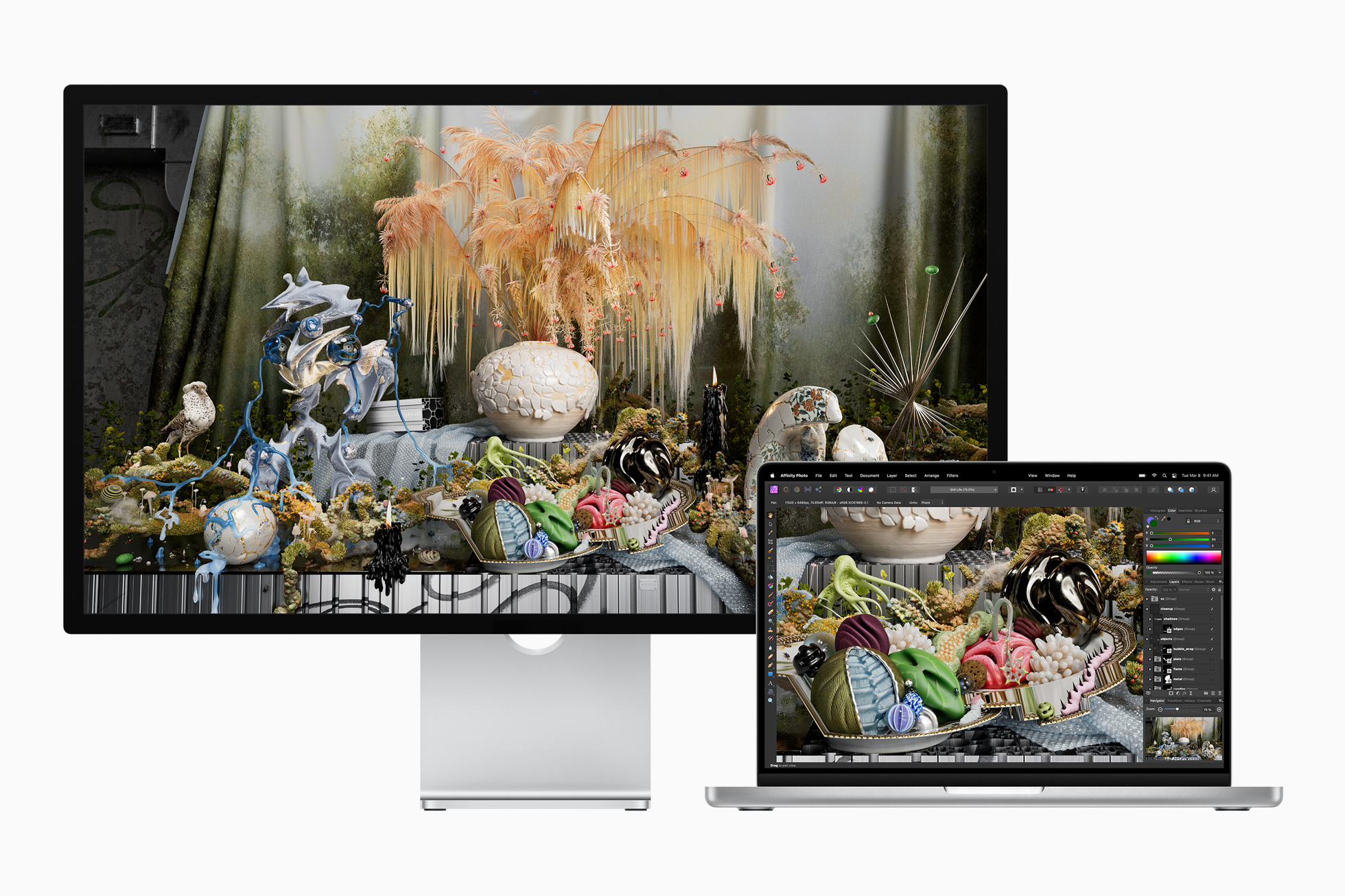 The last time I wrote about Apple’s laptops, in May 2020, I said the following:

Apple’s laptop lineup, in all honesty, hasn’t looked this good in almost a decade. Now that they’ve replaced the butterfly keyboard with the Magic Keyboard, it’s easy to recommend almost any of their laptops.

I spoke too soon. With the benefit of hindsight, it’s clear the lineup was about to get way better. The transition to Apple Silicon has been a boon for Mac users.

This machine is faster than the Intel Xeon-powered iMac Pro desktop workstation it replaced, and not by a little. Once in a while, I run a command in Terminal that used to take some time on the iMac. When I run the same command on the MacBook Pro, I blink, and it’s over.

It blows my mind, honestly, how much faster these machines are in day-to-day use than their desktop counterparts were a couple short years ago.

We also have an M1 MacBook Air, which was my laptop before I got the new MacBook Pro, and is now my wife’s primary non-work machine. That MacBook Air is as fast as my old iMac Pro. Let me repeat that: the little laptop with no fan and Apple’s most barebones Mac CPU is faster than my old, 240w desktop workstation machine with Intel Xeon processors. How is this possible?

Oh, and apart from one machine, the Touch Bar is gone. We now have this glorious scissor keyboard with full-height function keys and a much-improved Touch ID button. I can’t praise it enough. It just works. I haven’t thought about keyboards in a while.

The ecosystem around these laptops has also improved tremendously. In April of 2021, I wrote the following:

Apple’s external display situation remains a hot mess. They offer a mismatched 24” LG screen, an ugly 27″ LG screen with inconsistent build quality and no glass above the LCD panel, and a $6,300 (CAD) 32” “pro display” with an “optional” $1,300 stand. To make matters worse, this $7,600 setup was outshone this week by the new 13” iPad Pro, which offers a much better backlighting system with 2,596 local dimming zones. The pro display offers 576.

If none of that meant anything to you, let me be frank: Apple’s pro display for their Mac is outshone by their tablet range. As a friend of mine said the other day, you’d be better off taping four iPad Pros together and treating them as one extended display for your Mac than you would buying Apple’s Pro Display XDR.

In my desperation, I summed it up with this:

Whatever comes next, will Apple please, for the love of everything good in this world, rip the computer out of the iMac and just sell me the display.

With that sentence alone, I feel like I willed the Studio Display into being. True, the Studio Display lacks HDR support, but now that I’ve had one for a couple months, I’m happy to say it’s a great monitor. The camera sucks, and there’s no HDR, but guess what? It’s an iMac display without a Mac attached to it. Webcam aside, it’s probably exactly what Apple needed to make.

Apple’s new chips also enabled the Magic Keyboard with Touch ID — a wireless keyboard with Touch ID built in. When I’m working at my desk, I often have to enter my password. This keyboard has saved me so much time every day. It doesn’t hurt that it looks great. While Face ID would be fine, I’m happy with Touch ID. Face ID is more convenient, but somehow, touching a key to authenticate feels more secure than having it happen automatically. (The Face ID-equipped iPhones and iPads operate this way too: any user authentication requires double-clicking the lock button.)

Overall, I am giddy about the state of Apple’s laptop lineup.

But like anything else, there’s room for improvement. I was excited to see the new M2 MacBook Air debut last week, but the continued existence of the 13″ M2 MacBook Pro stymies me. That laptop still ships with a Touch Bar, the old Touch ID button, and the old chassis. It doesn’t have the extended display with the notch (which I like), and it doesn’t have MagSafe. It’s missing the SD card slot and the HDMI slot. It’s a MacBook Air with a fan and a worse chassis. Why does it exist?

Any time that somebody asks what laptop they should get, it’s a shame when there’s a model you have to warn them against. That’s the 13″ MacBook Pro.

(Read that paragraph again: that word salad means Apple has a problem in the lineup. This isn’t rocket science. Please forgive the word salad; it’s not my fault the lineup is hard to understand.)

In addition, there’s a major feature missing from these laptops: cellular radios. The iPad can do it — why can’t the MacBooks? I think Apple needs to do a lot of work on macOS to prevent the system from downloading too much data over cellular networks (Macs are data-hungry on wifi!), but this has to be a product on their radar. If they ever add it to a machine, I would consider upgrading for that feature alone.

And if they want to give me more USB ports on the laptops, I won’t complain. (They could at least add a couple more to the Studio Display, while I’m thinking about it.) You could also add my voice to the choir of people asking why they don’t ship better webcams on these machines, but the 1080p webcam on the MacBook Pro is also fine.

But that’s it. This short list reflects how happy I am with the laptops in our household. I have a litany of complaints about macOS at this point. I much prefer it to Windows, but the quality of the OS is degraded by a myriad of little bugs that affect my quality of life every day. That being said, the laptops are the best they’ve ever been. That hasn’t been true since 2015. For the first time in seven years, it feels like the Mac laptop lineup is in a great place.

Previous Capture One for iPad Preview
Next Adobe Buys Figma