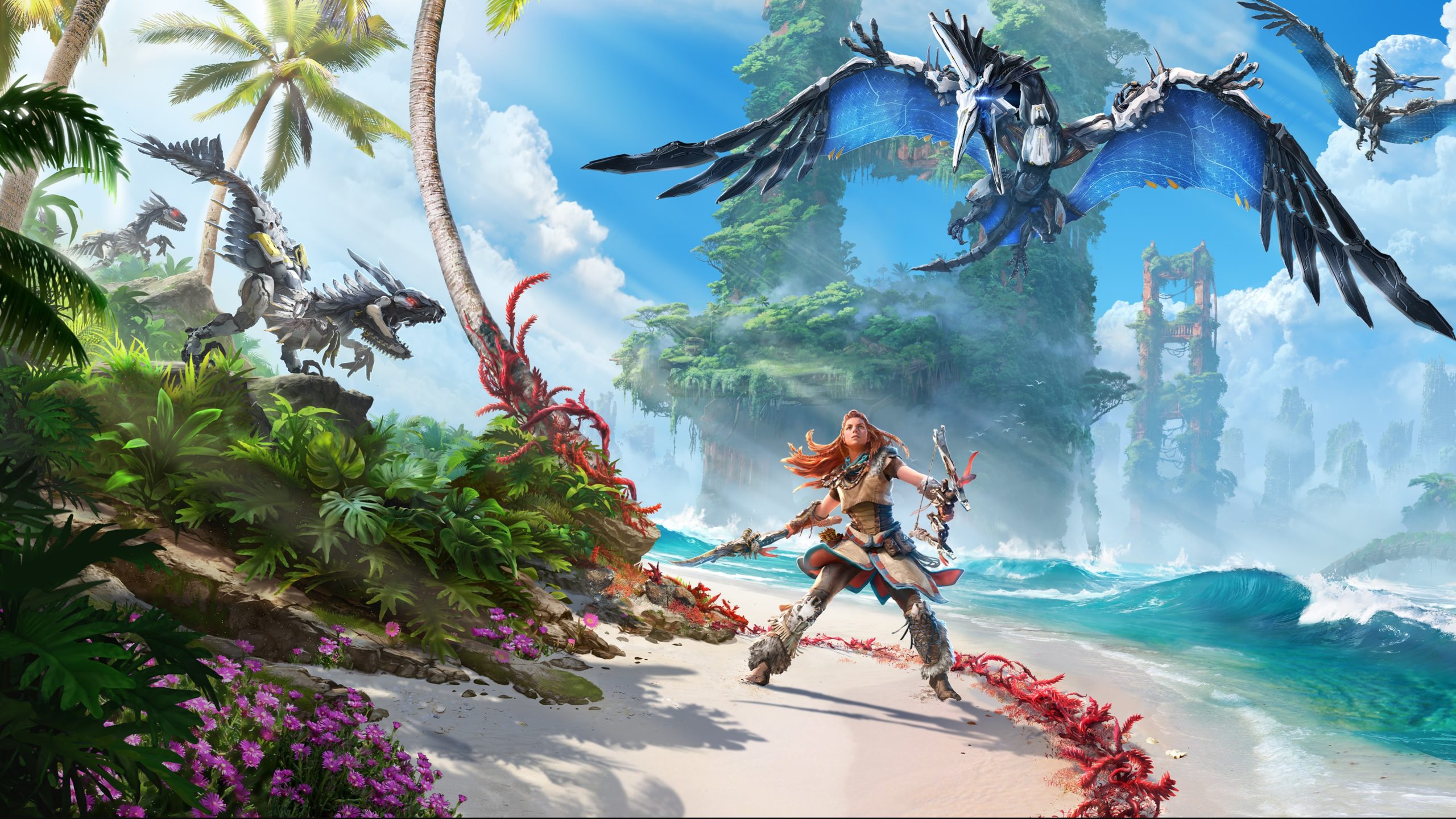 You know when you’re reading an article online, and for some reason, there’s a video ad on the bottom right of the screen that has nothing to do with the website or the article?

The video ad I saw recently was a perfectly-targeted ad. I don’t know how they did this. But it was an ad for the new Horizon game. And it was like it knew me.

The big feature the ad showed off was the new machines in the game. And the ending of the ad was, get this, Aloy riding a velociraptor.

So somehow this ad perfectly targeted me:

Now, here’s the thing: I wasn’t planning on playing the new Horizon game. I’m knee deep into Elden Ring on my Playstation, and I’ve got a bunch of more casual games cooking on my Xbox (related: Game Pass rocks), so Horizon was going to get a pass from me.

But I’m now eager to play it, because I have a basic human desire to ride a velociraptor.

My wife suggested the Venn diagram of PS5 owners, Horizon players, and velociraptor fans must have a lot of intersections. But I disagree. If there were that many people like me, they would have done a better job marketing this feature of the game. I visit Polygon and Kotaku every day, and I had no idea I could ride velociraptors.

If these conditions were met, I would have pre-ordered without even thinking.

Because here’s something I earnestly believe after playing Breath of the Wild and Halo Infinite: every game should have a hang glider and a grappling hook. The new Horizon apparently has both these features, and it also has velociraptor riding.

So let me revise my opinion: every game should have a hang glider, a grappling hook, and velociraptors to ride. I don’t think I’m asking for too much.

As much as Sony is the dominant leader in the video game market right now, they also have a marketing problem: I am basically the target market for this game, but they failed to reach me with this pivotal information before the game came out. And when they finally did reach me, they did so with an automatically-playing web ad, which is the worst possible way to reach me.

Somebody in the marketing department is messing up.

Upon further research, it turns out you can also ride giant pterodactyls in the sequel, and they didn’t advertise this. In fact, people are mad at crisis who have “spoiled” this for them.

But this shouldn’t be a spoiler! LEAN INTO THE DINOSAUR RIDING. That’s at least half the appeal of this game. Riding velociraptors and pterodactyls is a feature, not a spoiler!

Imagine if the people in charge of marketing Halo Infinite said, “You know what? Nobody needs to know about the grappling hook.”

That grappling hook changed my life. Infinite is the best Halo game solely because of that feature. (I’ll die on this hill.) If Master Chief also had a hang glider, and he could ride velociraptors, it would easily be among the best games ever made.

In conclusion: if you’re making a video game, and you want it to be great, make sure you include the following:

If you were to market each of those features, you are guaranteed to make a best-selling, critically-acclaimed masterpiece.

Previous The 24” iMac, the End of M1, and More Complaining About Apple Displays
Next The Studio Display: Finally